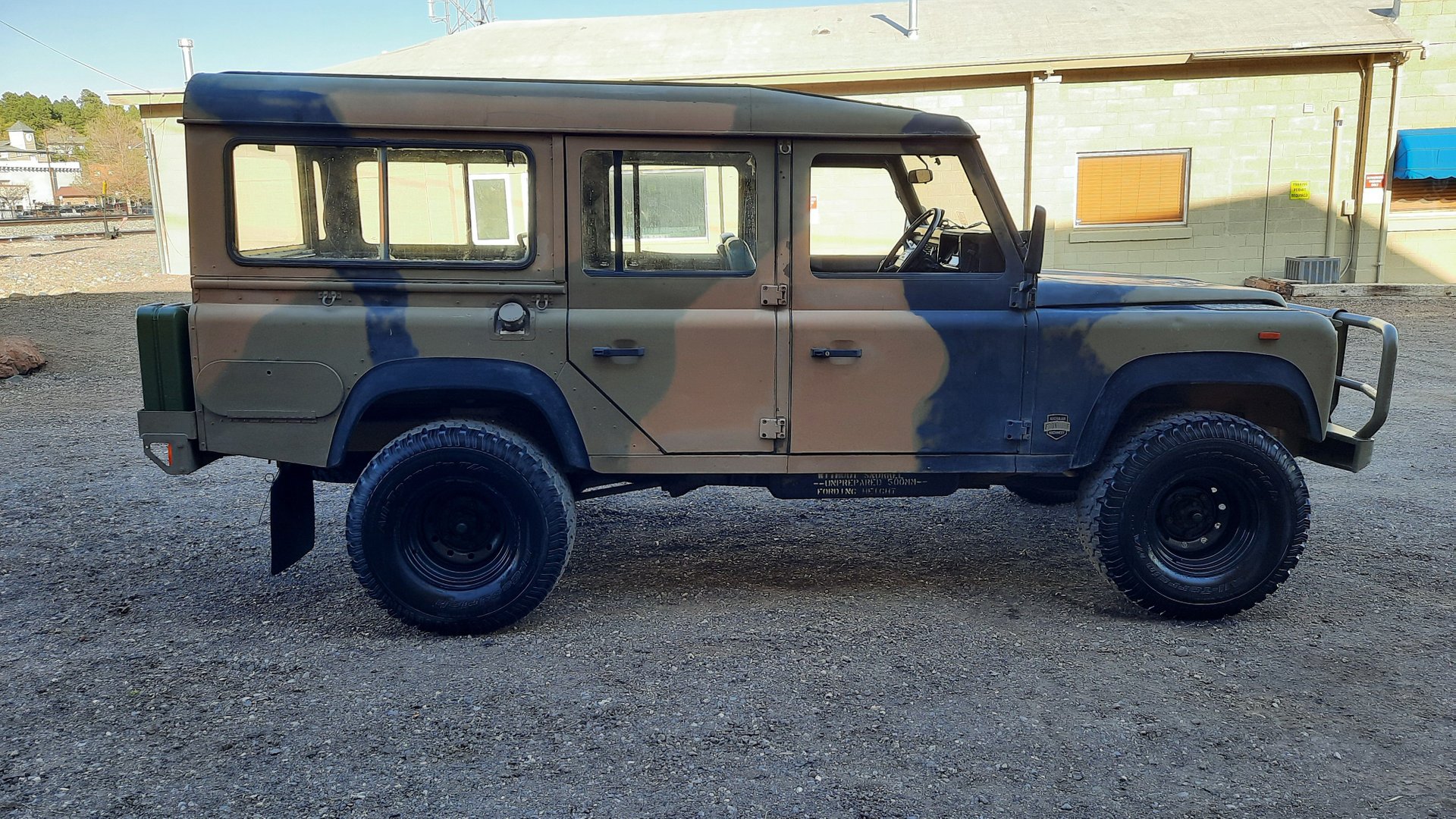 The is one of the Upgraded Defender 110 with Isuzu Turbo Diesel and Civilian comfort upgrades. 4 Speed, power Steering and power brakes, with a fully removable hardtop.

She has been serviced, runs and drives smoothly and is highly reliable. Can cruise at 65-70 mph and getting 30 MPG.

The stance and look is impressive were ever she travels. As a military vehicle, she sports a front gun rank for a pair of rifles, twin forward vents, Axe & Shovel mounts o the hood.

Here is a chance to own a scarce & Classic D110 Defender in Military colors.

The Land Rover PERENTIE (monitor lizard) is the nickname for the Land Rover 110 produced by JRA Limited for the Australian Army, and part manufactured and assembled in Moorebank, New South Wales, during the 1980s and 1990s. There were two build contracts; the first was in 1988 and the second a decade later. The Perentie was based on the Land Rover Defender 110, and was introduced in 1987 to replace the ageing fleet of Series 2A and 3 Land Rovers. The Land Rover Perenties were produced in 4 x 4 and 6 x 6 variants and powered by an Isuzu 3.9-litre four-cylinder 4BD1 diesel engine or 4BD1-T turbo (see List of Isuzu engines). They have proven themselves both in Australia and on operations overseas, including in Somalia, Timor Leste, the Solomon Islands, Iraq and Afghanistan.

Remember:
We can finance all Land Cruisers
We offer 100% financing, low interest rates, 2 day turnaround.
We stock 30+ Land Cruisers.
Visit www.VintageCruisers.com
We wholesale ship to your door.
There are NO TAXES collected or paid.