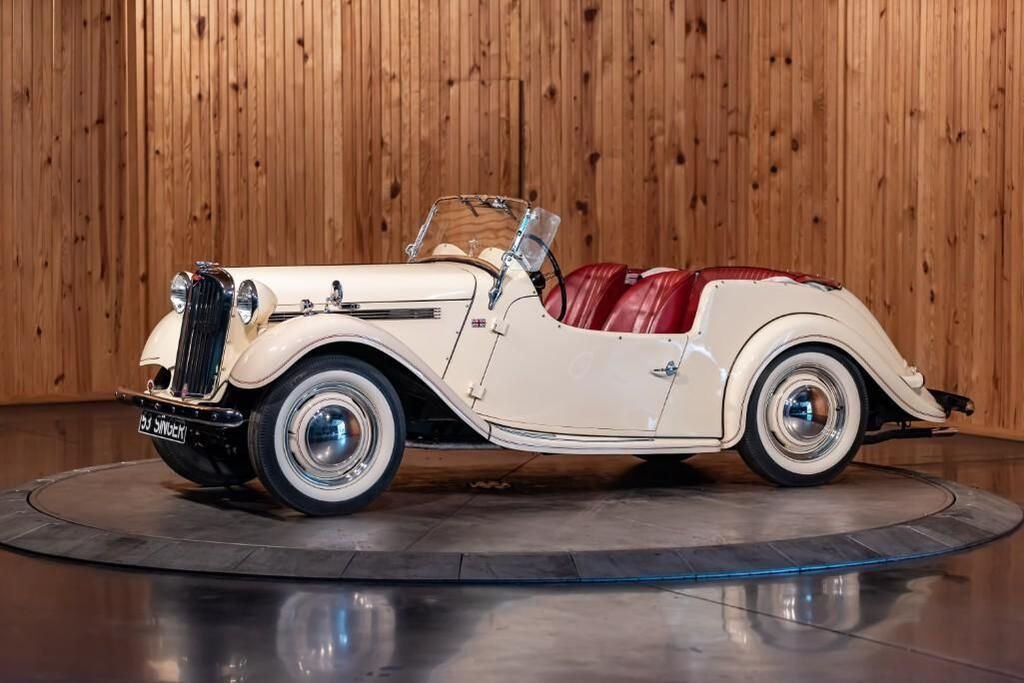 Outfitted in Ivory livery with red interior, this 1953 SINGER SM 1500 2 dr roadster has been a part of a large British collection for more than 10 years.

This has had a premium body off restoration. Beautiful in every detail: paint, interior, top, mechanicals, a great little touring car.

The car presents very nicely and would make a excellent addition to any collector's portfolio.

Singer Motors Limited had a long history as a transportation company, dating back to bicycle manufacturer Singer and Company founded in the later 1800's in Coventry, England. Around 1900 the company began producing motorcycles and later turned their efforts toward automobiles. The Singer roadster was built from 1939 through 1955 in several variations with the Singer 4AD being the final model, debuting at the 1951 Paris Motor Show. The 4AD was initially designed for export only, but in 1953 the model was also readily available in England as well.